GRAHAM is a privately owned company with an impressive history built on integrity and responsibility.

Our longevity is something we’re proud of. Indeed, there are references in correspondence dated around 1778 that indicate that the company was in existence sometime before that.

It was not until the turn of the 19th Century that we have a continuous record of the company when John Graham moved into Dromore in 1878.

The business became incorporated as a private limited company in 1955.

In 1985 the company made its first ventures into England when construction operations were set up in the East of England.

The company has grown steadily and significantly since then to become a leading player in all areas of construction throughout the UK and Ireland.

In 1997 the scope of our services was expanded further following the establishment of GRAHAM Facilities Management.

The introduction of GRAHAM Investment Projects followed soon after, acting as a vehicle for the group to invest in PPP and revenue funded projects.

GRAHAM now operates from 23 regional offices in the UK and Ireland. 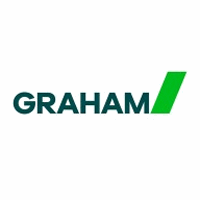 JOB SEARCH
UPLOAD YOUR CV
LOOKING FOR STAFF?
CONTACT US

Simon Nicholas Associates are REC
accredited and supported by CSCS